The Studio Museum in Harlem is the nexus for artists of African descent locally, nationally, and internationally, and for work that has been inspired and influenced by Black culture. The Museum was founded in 1968 by a diverse group of artists, community activists, and philanthropists who envisioned a new kind of museum—one that would not only exhibit artwork but also connect, strengthen, and support artists and their community.

The Studio Museum is currently constructing the first building in its history created expressly for the needs of the institution and its communities. Designed by Adjaye Associates with Cooper Robertson, the new building occupies the site on West 125th Street on which the Studio Museum had been operating since 1982, in a century-old commercial structure adapted by the celebrated architect J. Max Bond Jr.

Undertaken as a public-private initiative in partnership with the City of New York, the new 82,000-square-foot building will enable the Studio Museum to:

Additionally, space for exhibitions and the Museum’s signature Artist-in-Residence program will more than double, and indoor and outdoor public space (including space for educational activities and other programs) will increase by almost seventy percent. 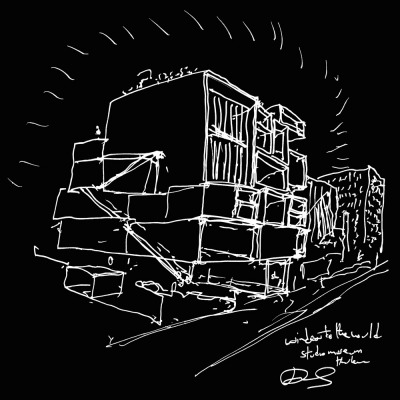 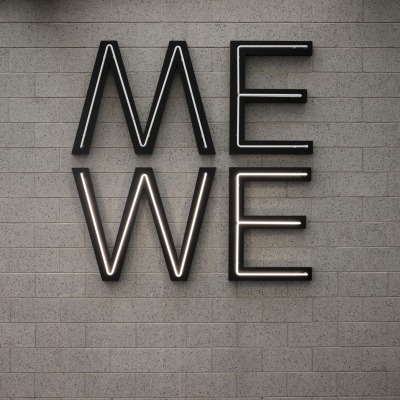 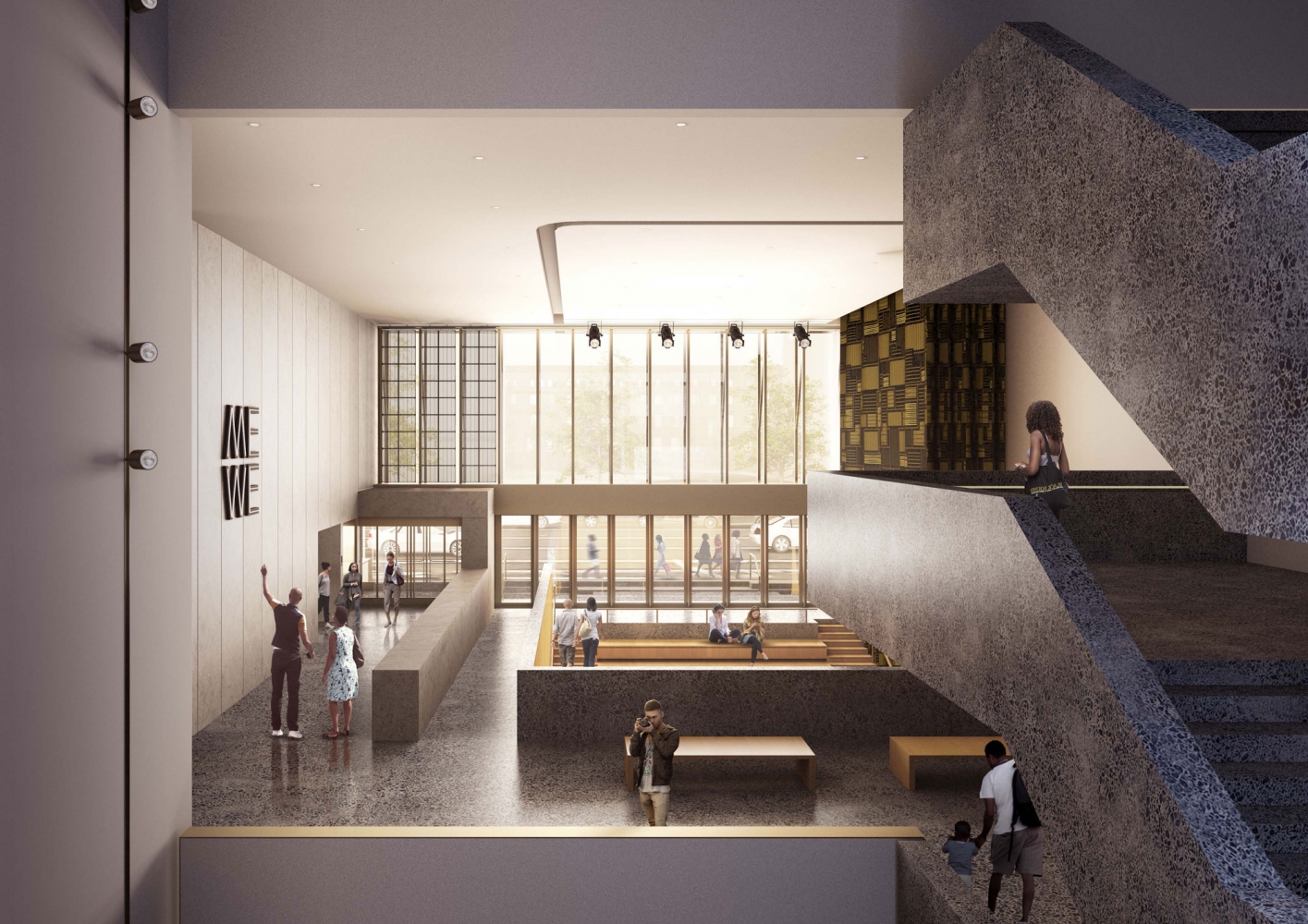 A Space to Build

Expressing the character of the community of The Studio Museum in Harlem, while advancing the institution’s global role, Sir David Adjaye’s architectural design for the institution’s new home takes its inspiration from the brownstones, churches, and bustling sidewalks of Harlem.

The masonry-framed windows of Harlem’s apartment buildings are echoed in the composition of a facade with windows of varying sizes and proportions. The neighborhood’s churches find a counterpart in a top-lit interior gallery with ample wall area for installing large-scale artworks, and a central stair that provides look-out points from the landings. A set of glass doors, which can be opened in differing configurations, welcome people to descending steps that evoke the ubiquitous stoops of Harlem’s brownstones. The steps of this “inverted stoop” can be used as benches for watching lectures, performances, and films presented on the building’s lower level—or simply for relaxing in informal gatherings.

Read more about the building >

Sir David Adjaye is recognized as a leading architect of his generation. Born in Tanzania to Ghanaian parents, he is known for his broadly ranging influences, ingenious use of materials, and sculptural ability, which have established him as an architect with an artist’s sensibility and vision.

Committed to a vision of architecture as a social art informed by “listening to the energy of the community,” Sir David Adjaye is founder and principal of the global architecture firm Adjaye Associates—with studios in Accra, London, and New York. 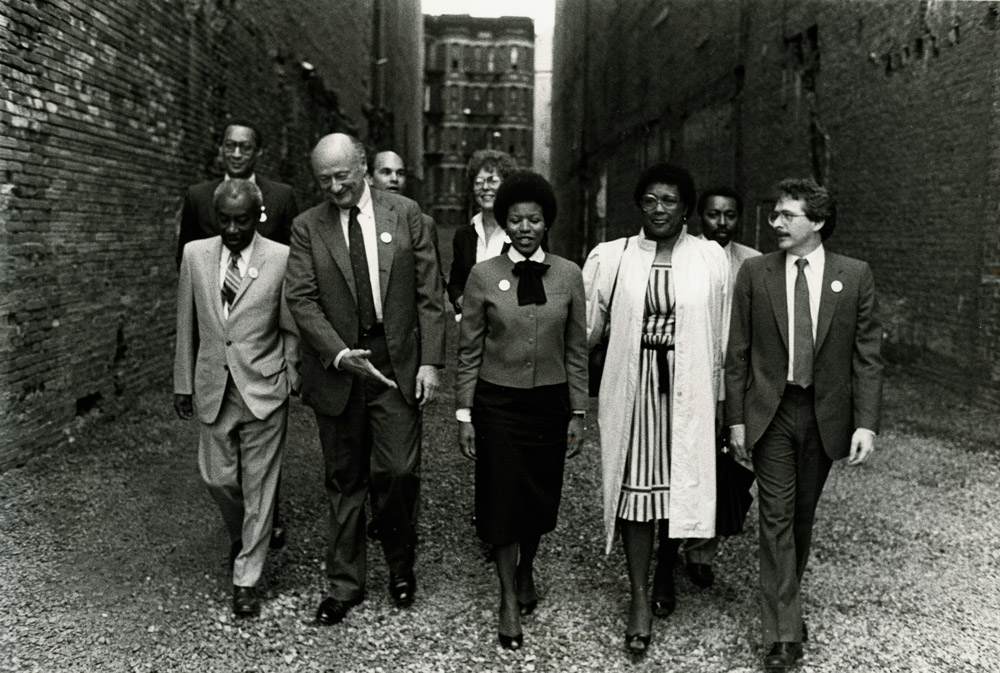 A Space to Create

Empowering Black artists to attain the economic strength and stability they needed was one of the primary goals of The Studio Museum in Harlem’s founders.The founders also recognized the artists’ broader imperative of being seen and heard—making themselves a presence in the ongoing cultural conversation—both as individuals and as creators with shared histories and concerns.

It was a question of building careers, and at the same time building a sense of belonging. 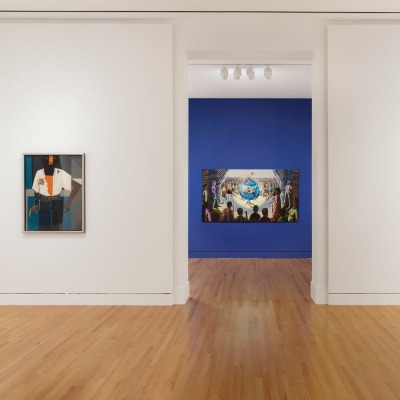 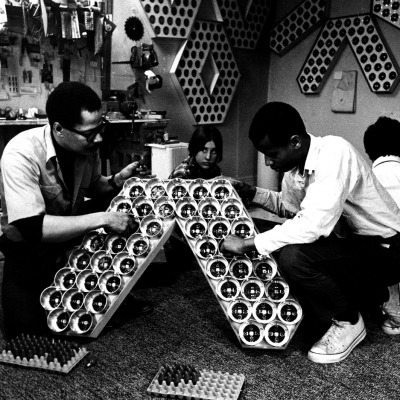 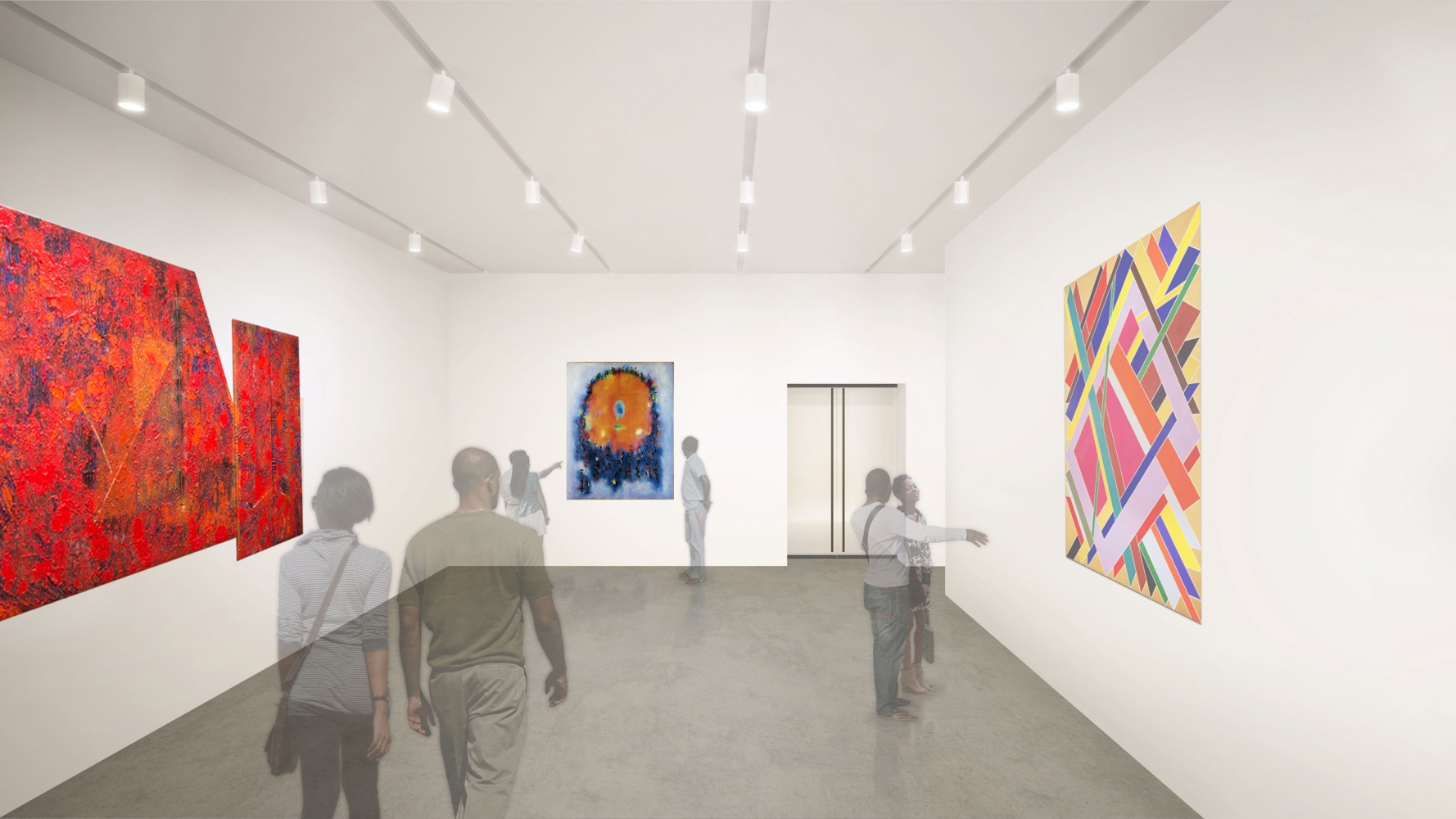 A Space to Gather

For the first time in its five-decade-history, the Studio Museum is constructing a building created expressly for needs of its artists, staff, and its communities.

Named The Studio Museum in Harlem to underscore its presence in this cultural capital of Black America, while also reflecting the integral role Harlem plays in all aspects of the institution. For the artists who have exhibited their works at the Studio Museum or participated in its Artist-in-Residence program, the experience of the Museum is inseparable from the experience of Harlem itself.

Kevin Beasley has spoken of coming to the Studio Museum as an opportunity for “electric encounters,” in which he never knows who he’ll meet, or how the excitement of the contact will charge his art.

Jordan Casteel, who fell in love with “watching the energy of Harlem” from her studio at the Museum, made a project of painting passersby she encountered on 125th, saying, “You cannot ignore the street and people here.”

Inside and out, the new home of The Studio Museum in Harlem will reflect the institution’s fundamental sense of belonging within its community. 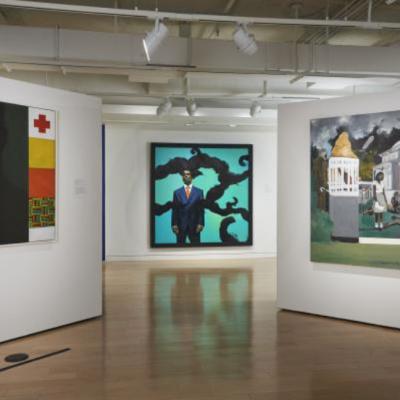 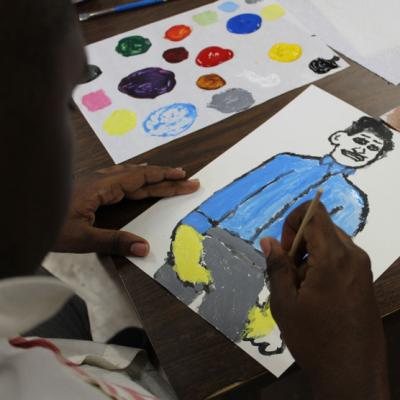 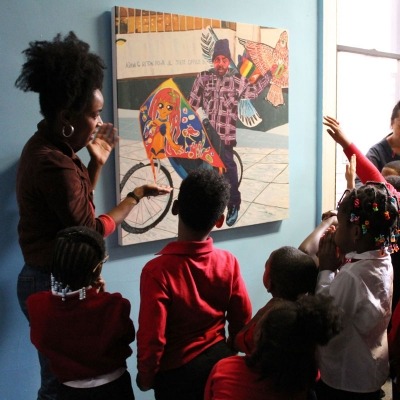 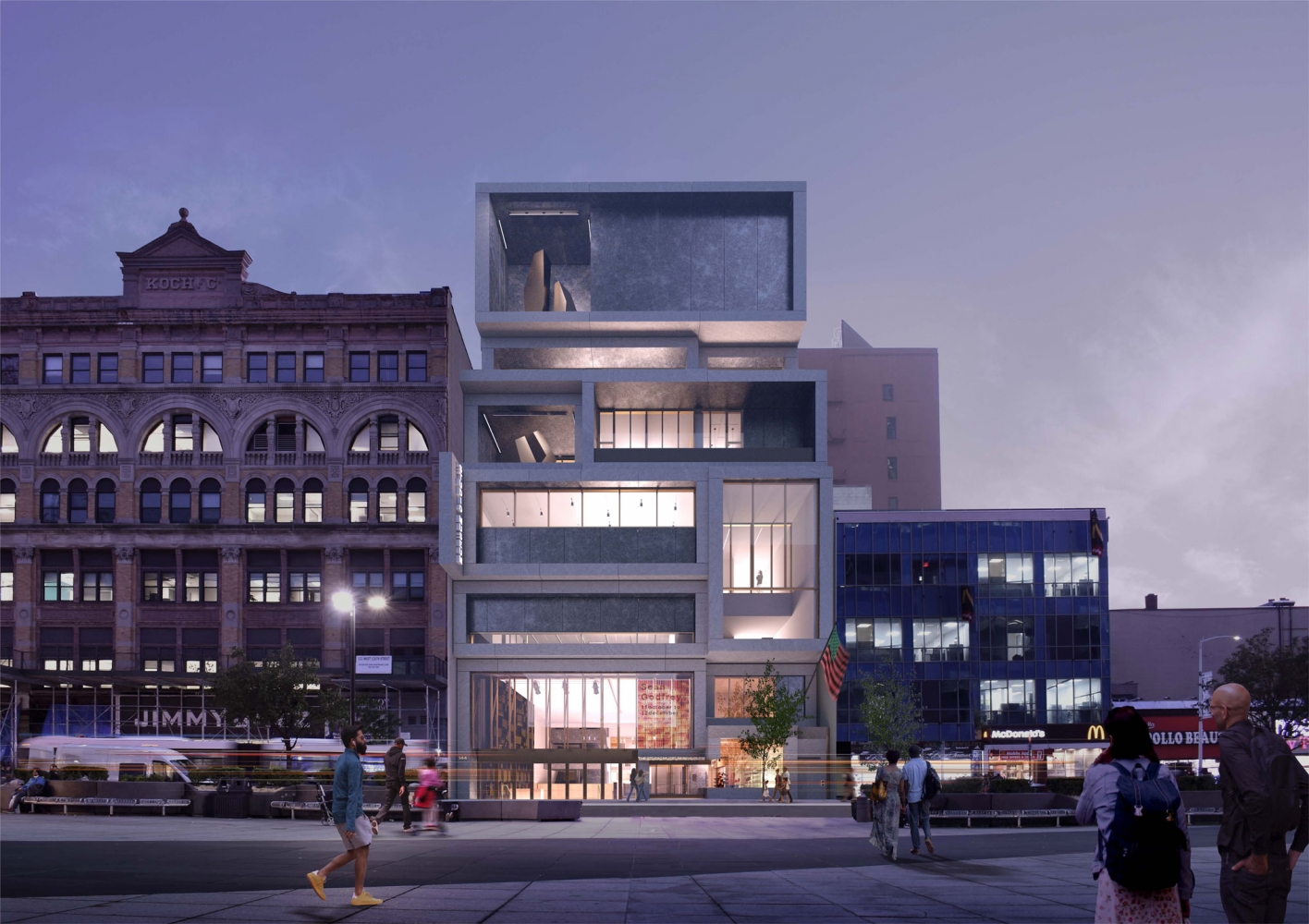